My babies turning into a toddler and I can’t stop crying. James’ first birthday was really bittersweet for me. On one hand, every day he gets cuter and more fun, and there’s really nothing more magical than watching him grow. On the other hand, it’s all happening way too fast and I’m not ready for him not to be my baby anymore. I loved every minute of the baby phase, even the middle of the night feeds (I know I’m insane but just being honest here), and it all just seems to be over and moving on so fast.

Everyone warns you how quickly it goes by, but man it really does, and they are always so nostalgic when they look at your little one and long for when theirs were that little and I don’t want to feel that way. But also, he sleeps more and so do I and I am not constantly worrying about pumping and feeding and he’s learning to talk and run and sing and do a million more amazing things. Maybe it’s a sign it’s time to start thinking about the next baby, but part of me isn’t sure if I’m ready to let go of this special time with my first little boy. Also, I think I’m in denial that he’s officially 15 months. I feel like I was just coming home from the hospital yesterday. It’s only three months since he turned one, but for some reason, 15 months (and the ones that come after it) just sound SO old and so not baby anymore. Time, stand still, right?

The funny thing is no one tells you about how hard this change can be. Maybe it’s because they’re so busy trying to give advice for how to deal with your toddler, and the tantrums and messes and falls and crazy development that comes with that stage that they forget to say, warning: you might be sad and that’s totally normal and ok. Well, the more I talk to other moms, the more I’m realizing, I’m not alone and many are just a surprised to feel this way. I also think part of the pain is that I finally feel like I get the baby thing and now he’s a person and I have to worry about preschools and not swearing anymore (harder than I thought) and how I want to deal with tantrums and discipline and pick eaters and stuff I know nothing about and have to learn all from scratch. Yes, they warned me that just when I thought I had a stage down, everything would change, but the baby phase was so focused on keeping him alive and just caring for another human. Now I feel like I’m really entering the stage of raising a human and that’s terrifying and overwhelming and maybe more so than being handed a human that just came out of you and realizing you were in charge of it. 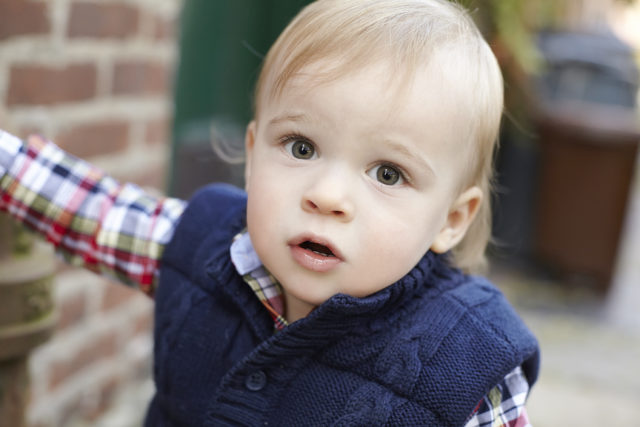 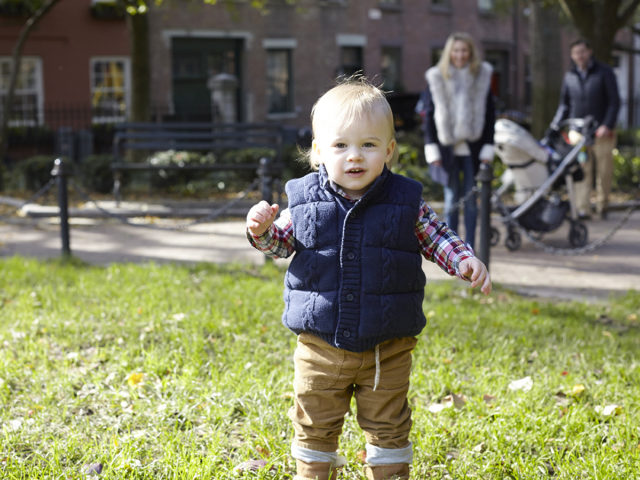 Anyone else feel overwhelmed by the idea of raising a toddler/mini human? Did anyone else have trouble letting go of their baby? Was the one year mark bittersweet for you too?
On James: Janie and Jack vest (sold out but similar here), Plaid shirt, Beige cords, Shearling boots
Photos: Chris O’Shea

Trusting the Timing of Your Life

How We’re Spending Our Last Days as a...

25 Fancy Maternity Dresses to Wear to a...

My Picks for the Best Bottles for Breastfed...

The Baby Toys That Were Actually Worth The...

My Favorite Books to Read James