I’m not gonna lie, chokers are one 90s trend I’m not really excited to make a comeback. I don’t know why. I mean I practically begged for my first choker, and I remember being so excited when I first put on that black velvet ribbon with its goth-glam gold and black pendant. But it brings back too many middle school Lizzie McGuire vibes for me to get back on board With this jewelry trend. Plus, my mom already gave away my choker so there’s that. But I do like how it highlights the neck (especially as someone with a long neck)  and shoulders and collarbone, which is why I’m a fan of its clothing incarnation: The choker top. A fave of it girls kendall Jenner and Gigi hadid, it’s like a built in scarf/necklace but without the added embellishment of those shirts with jeweled necklines that are always popular over the holidays, giving it a more minimalistic edge. And because it only subtly nods to the 90s goth trend, I might just be able to tolerate it, especially when paired with very un-gothlike separates. 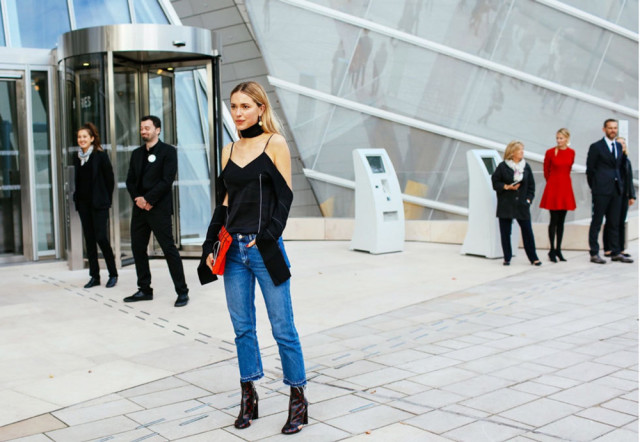 How to Look Chic AF in the Freezing Rain

What I Wore to a Summer Wedding When...

How to Wear Cropped Jeans (Without Freezing Your...

3 Non-Maternity Dresses That Work With a Bump

What to Wear With High Top Sneakers