Style Hack: Wrap a Skirt Around a Dress

I would have never thought of this myself, which is part of its genius. It’s like how do they think of doing that? Who wakes up one day and thinks, I’ll just button my skirt over my dress, and it’ll look good, and then it does, and then everyone does it? But somehow it happens, and even if I never understand the science behind it, I’m obsessed with this genius street style hack.  You’d never think to do it, but it makes total sense once you see it. After all, you probably tuck a button-up into a wrap or button-front skirt all the time, but for some reason, when you tuck a shirtdress into it instead, letting a bit of the hem peak out, it’s so much cooler and chicer. Sure, part is the unexpected factor, and the fact you would never have thought of it but totally could have at the same time, but the other part is that it’s just a subtle difference in proportion that adds interest via the unexpected twist. Like all layering, when done right, the result is impossibly chic in an effortlessly way that makes every at once jealous and excited to copy. 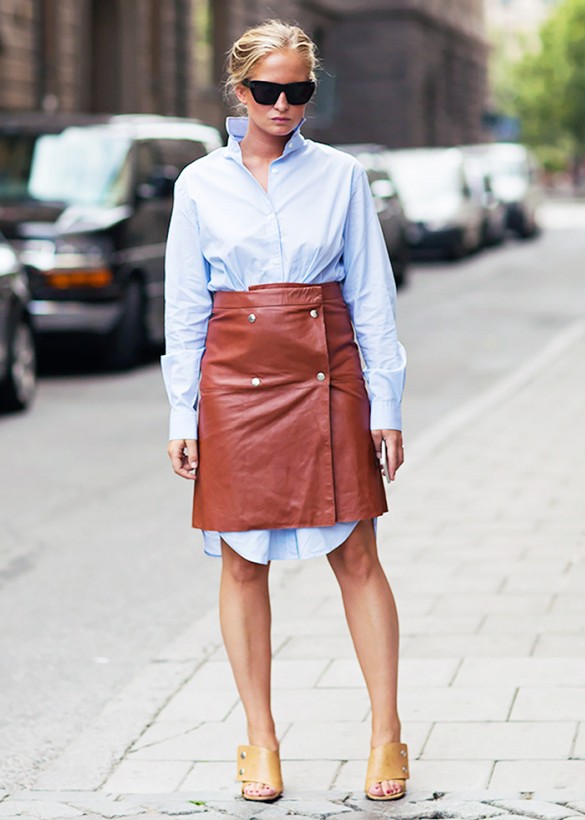 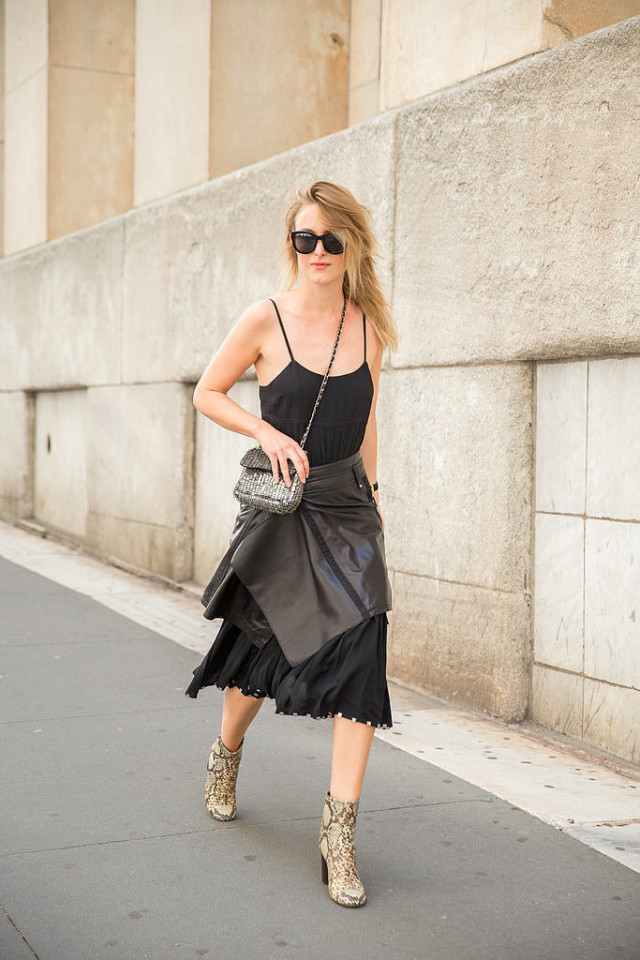 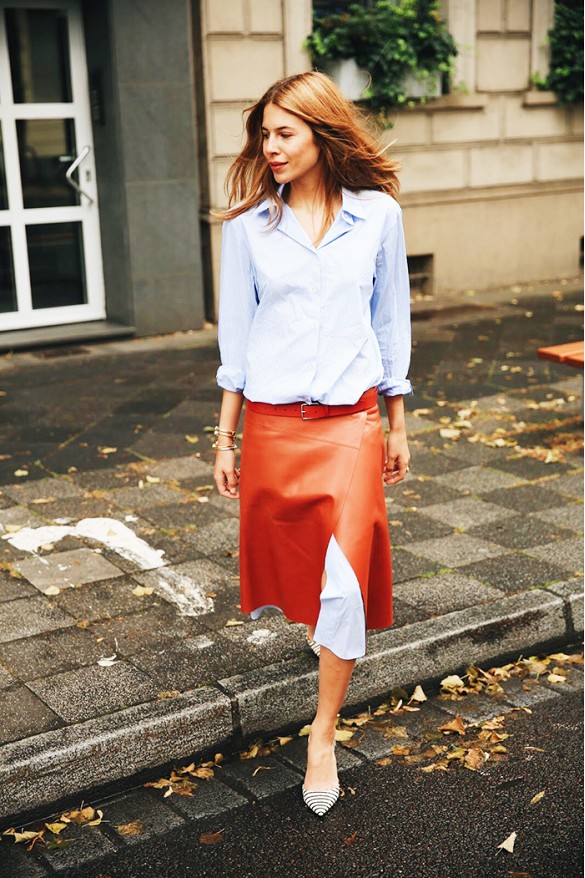 What to Wear With Sleeveless Turtlenecks

27 Ways to Style a Bomber Jacket

Style Hack: Turn Your Scarf Into A Wrap

How To Wear Fall Skirt Sets

An Unexpected Take on Fall Plaids From My...

What To Wear With Mules

How To Bundle Up For Winter When It’s...

Style Hack: Rock a Blazer Without Anything Underneath

Words to Dress By: Always Dress