Home At Home Motherhood Mondays: Are We Ready for the Burbs?
At HomeFamilyInteriors

Motherhood Mondays: Are We Ready for the Burbs? 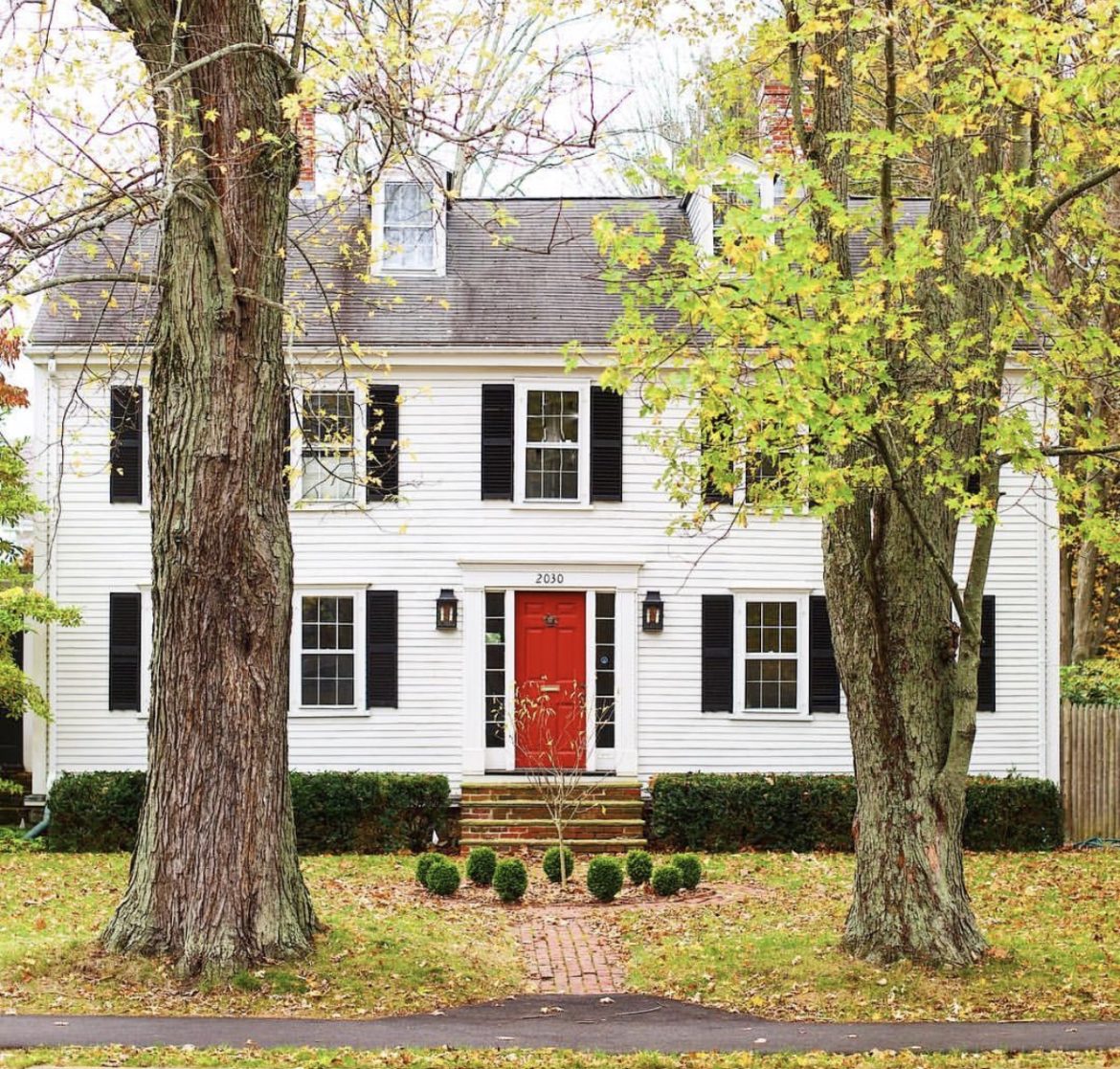 It’s funny how things really do happen in what seems like inevitable stages and like dominos, everyone seems to progress together. I used to think it was peer pressure and ever defiant, I’d march to the tune of my own drum, but I’m realizing that it’s more like a natural progression. You get married, you have kids, and the stage it feels like we’re entering, you move to the suburbs. I used to be allergic to the suburbs, but recently, I’ve found myself wanting a more quiet life with more space, nature and a break from the bustle of the city. While we still take advantage of city living, we aren’t hitting up the hot new bars and restaurants every weekend and our activities usually involve kid-friendly venues – more often the children’s museum or zoo over the MET, and we usually get out of the city on weekends anyway. I like the change of scenery of leaving the city but it’s a huge hassle to constantly be packing up and driving and unpacking only to do it all over. If we add another kid to the equation, I don’t know that we’ll be able to go back and forth as frequently or have the energy too. It’s a lot with one.

Then there’s the space factor. Everyone warned us kids have a lot of crap and it’s already taking over our apartment. We have been giving up our space to make more room for his stuff but there are only so many pairs of shoes I’m willing to part with. And when we go to visit our parents in the burbs or go out to the country, I watch James and Dakota run around and have the time of their lives and see the benefits it would have for them. With schools on the horizon, it feels like a good time to think about these things.

But then there’s the commute. Would it eat into my time with James and time at work? Would it make my already demanding job harder? What about after work events and all that? Do I want to be a train ride rather than a cab ride away if there were an emergency? Would I want to switch gears and work from home and would that even be feasible?

Are we ready to own a home and deal with all the responsibilities that come with it? Being able to call a super every time the toilet clogs or we need a lightbulb changed is nice. As is the convenience of having everything at our finger tips – food, diapers, shopping, whatever we need/want. Then there’s the inconvenience of having to shlep it around. At least in the burbs we could pack our car up with supplies and not have to run out every two days.

The school are in theory more affordable but then there are home and other expenses like getting a second car, home insurance, property taxes, etc. Still, the price tag of preschool in the city is pretty shocking and about six times what it costs in the burbs. But with the house costs, it does even out? But then you get space in return.

Does this back and forth mean we’re not ready? But we’re going to need new space/we do now — could we make it until we have another kid? Can we deal with another move in the city, and how much longer can we stay in the city? But then the suburbs feel so permanent and there will be years of carpools, burbs, and all that? It feels like time and a lot of our friends have made the move, but then it’s permanent and there we’ll be and there’s no turning back for maybe the rest of our lives or at least while James is in school. How do we know where that one place is that we want to settle and hopefully  not get sick of for the rest of our lives. Just typing that out makes me nervous.

Most of all: Are we ready? Are we ready to say goodbye to this chapter of our lives and hello to a new one?

People who have moved to the burbs: How did you know it was the right time? Do you love it? Is it worth it? If you work in the city, how do you deal with the commute and seeing the kids and everything? Is owning a house with a lawn and a toilet you have to plunge yourself and things you have to fix yourself when they break and all that as big of a headache as it sounds? Do you miss the city?

Style Hack: Wear Your Swimsuit as a Top

35 Ways to Organize Your Shoes

25 Life-Changing Ways to Organize Your Purses

25 Easy Ideas for Organizing Your Closet

Where to Order Holiday Cards

Holiday Activities to Do With Kids

I I DO NOT MISS THE CITY AT ALL NOT ONE TEENY TINY LITTLE BIT!!! My husband was born and raised in Manhattan and I never ever thought I would get him to leave. Well leave he did, and (15 years later — we moved before kids — 9/11 — kidney disease — long story) we have never looked back (though he does commute in every day). If you do move to the suburbs, pick one closer in where if you continue to work in the city you won’t feel as out of place with the stay at home mothers. The farther out you go, the more mothers stay at home while the kids are younger. That changes as the kids reach upper elementary and middle school. But the pros far far far outweigh the cons. Research your suburbs carefully. Read the Living In sections of the NYT, go visit, etc. I could go on and on and am happy to give you more information if you like. It’s a big decision.

Thank you so much. This is so helpful to hear and important things I didn’t think about. Thank you!

If you are interested in Chappaqua, let me know!

Thank you for this post! My husband and I just got married last year and we’ve been living in NYC for 5+ years. We’re both from the suburbs of New York where all my married friends have now moved back to and started getting pregnant. My husband’s married friends still mostly live in Manhattan and do not have children. I know we’re not ready for children just yet and still really love city living, but the conversation that we’ve started having is – do we want to settle in the suburbs before having kids OR do we want to have our first child while still living in the city and move out when they are of school age? I’m curious to know if you had the same thoughts when you started thinking about having children and if so, what made you decide to stay in the city when you had your son?

We actually lived in a different apartment that wasn’t really baby-friendly and ultimately decided to move to a bigger one in the city rather than move to the burbs. Tbh, we didn’t really factor in the burbs that seriously at the time. We were enjoying living in the city and we both work there, and weren’t sure what we were going to do about childcare etc., so the idea of adding a long cocommute seemed like a lot. We also didn’t have many friends in the burbs at the time, and we had no idea what parenthood or having a baby would be like. I also had a lot of friends with babies in the city, so it felt manageable and like it would be fun to get to hang out together, which it was (although you don’t see your friends as much as you think you will unless they live within five blocks). It wasn’t until this year that there was like a mass exodus of our friends who have been moving to the suburbs and that along with schools, space (now that James is running around) and the thought of expanding our family has us thinking about the burbs. NYC is expensive, and tight on space, so we’re debating whether to move before having another or wait until we have another and cross that bridge since right now, even though we’d love more space, we can make it work. I have friends who have done it both ways – waited until they had the kids to move to the burbs and moved and got settled before. The upside of moving before is you get settled into your new place, the community, adjust to the commute etc. if you’re doing that or figure out your day-to-day before you introduce a baby into the equation, which is a huge life adjustment and a lot of stress. I know people who had the baby and then moved and it’s a LOT and can feel lonely because in those first few months, you don’t get out a lot and if you don’t already have a community, it can be isolating. The nice thing about having a baby in the city is that those first few months feel less isolating because you can walk around with them and there are always stores and people around and a coffee shop or bodega open at those crazy early hours. I found it fun to get out of the house and walk to a museum, just aimlessly shop or check out stores, or just walk around. We also quickly made friends with other parents of babies in our building and neighborhood and now they have playdates etc. In the suburbs, you have to make more of an effort until the kids are in school, so moving before gives you a chance to build a community first. I would think more about you and what type of people you are. Do you feel ready to move? Do you want more space and a more quiet life? Then I would move. If you love the city and would just be moving for your future family, then maybe wait until that’s on the docket. You can definitely make it work either way. We are thinking that until school really comes into play (James is a fall baby so he isn’t old enough for preschool next year at most places), the decision doesn’t feel as pressing so we can wait for the right place to come along. Most of my friends said kindergarden is when it becomes more important because by then they make more lasting friendships and become more ingrained in the school so that also seems like a natural place although space and economics are starting to push us toward the burbs before then. I think with one kid the city is so manageable. I’m not sure with two or more I will feel the same way. They have SO much stuff and as James gets bigger and more mobile, I see the utility of having a yard to run around. If you’re torn, you could always rent in the burbs to see if it’s right for you and while you scope out the area and wait to pounce on a place you like. I hope that helps! I think you should make the decision that feels best for you right now and what you think will make you most comfortable and happy and makes most sense with your lifestyle, jobs, economics etc. If you are happy and feel secure, so will your baby. Plus, as my husband says, you can always move. The city and the burbs will always be there.